I know, I know. We’ve all been there before. You need to run to catch the last train; you walked your client out of the meeting room and didn’t go back in; someone else was filling up their water bottle; there was no sponge. You either forgot or you just couldn’t be bothered. You left the office without washing up your cup.

A seemingly innocent crime you may argue. What’s one cup? What’s one time?

But what if I was to tell you that the difference between washing up your cup and not is a key factor of your long-term career success? That it affects your Leadership, Team Player status and Productivity? Maybe then you’d take 20 seconds to lather up those soapsuds and leave your cup drying on the draining board?

Within a work environment, washing up your cup is a simple gesture that can go towards reducing hierarchy tensions as well as demonstrating to others that you don’t expect them to clean up your mess. It also signifies respect of other people’s time. Perhaps somewhat surprisingly, Research has shown that humble people are considered by their employees to be the most effective leaders. Not among the most, the most. Team members who witness personal humility in their managers are more trusting of their vision, more engaged in their work, and less likely to consider leaving. It is a simple yet effective way of demonstrating Personal Humility and acts as a reminder to never become too big to do the small jobs that need to be done.

Building the habit of washing up your cups will, over time separate you from your peers. This is part of a theory called the Slight Edge which argues that maintaining small, seemingly insignificant positive changes, will over time lead to significantly positive impact. Too often people obsess of major changes and quick results. It might not seem like it now but investing effort in small changes is the best and most sustainable path to self-improvement.

As a team member, displaying humility is a way of signalling to others that you are open to receiving help. Genuine humility is a two way street though and you should always be willing to constructively help others when they need it. This exchange of feedback and support will ultimately strengthen team bonds and increase productivity.

Never become too big to do the small jobs that need to be done.

Mastering the skill of humility will also boost your Professional Development. People who possess humility are able to listen to and accept feedback and criticism because they understand that it is important for their growth and development. You may have heard of the concept of a Fixed vs. Growth mindset? Well humility goes hand-in-hand with a Growth mindset. By acknowledging their limitations, people with a Growth Mindset are able to Self-Reflect and identify areas for learning and improvement. Where as those with a Fixed Mindset ironically limit their development through their refusal to acknowledge their limitations.

And if all of that isn’t enough to convince you to wash up your own cup… you should also know that Research has shown that taking time to complete mindless tasks such as washing up has been proven to actually decrease stress levels as well as allowing your brain time to engage in creative problem solving!

Just remember next time you’re running out of the office on a Friday afternoon that somewhere within the bubbles and soapsuds lies the key to your Productivity, Reputation and Leadership. You’ve just got to dive in and find it!

Evening drinks after work
Enjoy the sunshine while it lasts 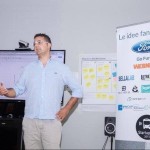 Alice caught the baby with some difficulty, as it …

A Trip down memory lane